The 28th annual Pacific Northwest Goodwill Cup karate tournament was held at Alpha Secondary School in Burnaby, British Columbia, Canada, on February 28, 2015. This tournament was started in 1987 by Ron Thom, godan and President of SKA, and Norman Welch, godan and President of Canada Shotokan Karate. It is organized in alternating years by the University of BC (UBC) and University of Washington (UW) dojos. 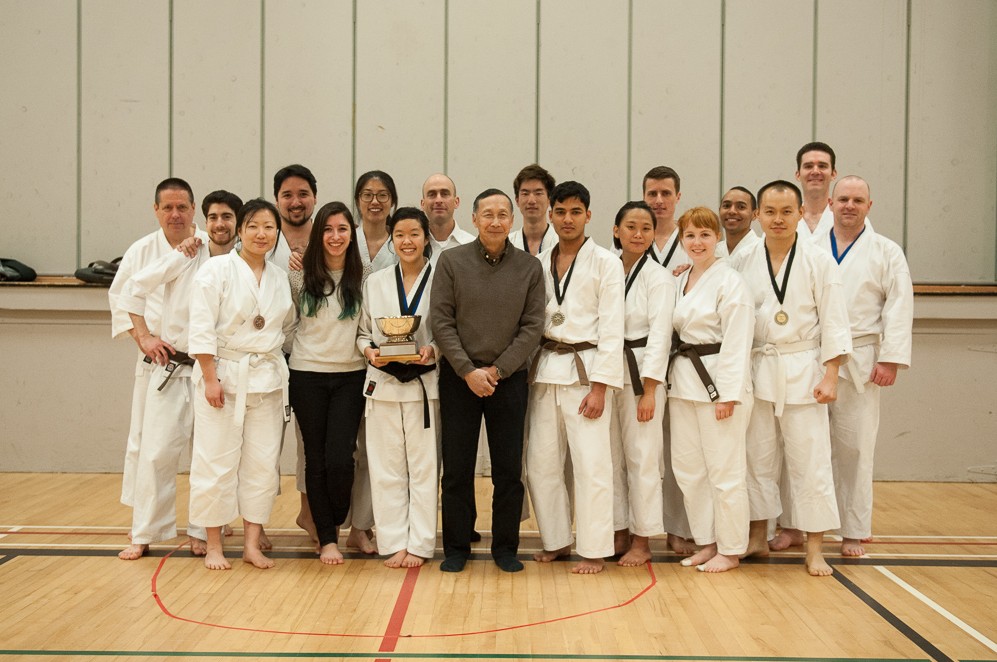 Godan Don Gee with members of the UBC dojo, after the tournament

This year, it was UBC’s turn to host. The event was organized by godan Ryan Hill, leader of the UBC dojo, who spent many, many hours on it. Yodan Liny Chan, who co-leads the Burnaby dojo, and yodan Ching Wee, who leads the North Delta dojo, organized the kids’ tournament. Ryan also had significant help from many members of all the Vancouver dojos, who assisted with timing, scorekeeping, referring, taking care of the seniors, and all of the other elements that go unnoticed until something goes wrong! Thankfully, nothing did.

After the kids’ tournament, the adults’ started. There were separate men’s and women’s events for white, brown and black belts, as well as one for women of all levels. Everyone had strong eyes, loud kiais (well, as loud as possible with a mouthguard in) and a courageous feeling. The white and brown belt tournaments were run in two rings, in a double-knockout format with a mirror referee system. The men’s and women’s black belt tournaments followed, in a single ring with a single referee and four corner judges. In over 100 matches, the first-aid attendants had very few situations to deal with, which says a lot about everyone’s control in the ring.

At the start and finish of the Cup, Don Gee, the most senior godan present, thanked all the participants, especially those who had come a long way. He was then kind enough to invite everyone to a pizza party at his house. Thanks Don! 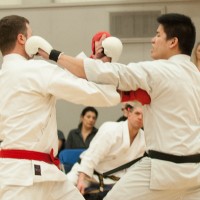 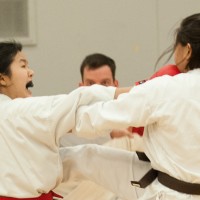 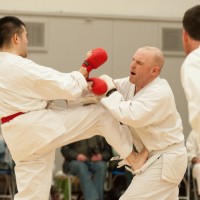 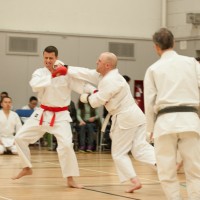 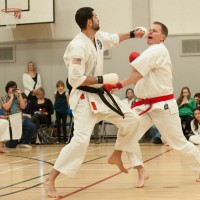 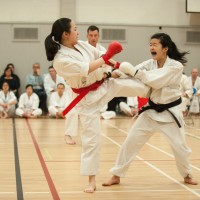 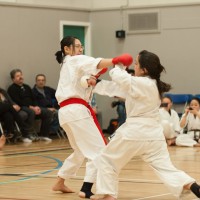 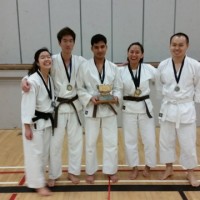